Speaker 1: Professor Robin Holt, Copenhagen Business School
Title: Judgement and Strategy
Abstract:
I argue strategy is the process by which an organization presents itself to itself and others. To bring this about strategists attempt to gather knowledge about an organization in situ from which to appraise themselves and others about where it has been in the past, currently is, and might go in the future. The upshot of such inquiry is a succession of images by which an organization attains its distinction as a unity, or ‘self’.
Using work from literature, art, and philosophy, I explore what it means to know and declare such an organizational ‘self’. Based on the assumption that it is a knowledge project, I argue strategic inquiry has become a powerful but restrictive force. Strategists attempt to generate more accurate, timely, and more complex information to build better impressions of the world and their place within it, yet all the while remain subject to the basic skeptical challenge that things could always be otherwise. They attempt to configure the world as a ‘calculable, coherence of forces’, and all the while the world slips away. In response come compensating forms of strategic self-presentation, either in the form of visionary images, or assertions of competitive brute will. Either way there are risks. With vision comes the risk of collective thoughtlessness, and with brute will the risk of advocating a kind of Hobbesian state of nature.
I suggest judgment offers another way of responding to the skeptics’ challenge. Tracing a narrative through the ideas of David Hume, Immanuel Kant, Adam Smith, William Shakespeare, William Hazlitt, Hannah Arendt, Stanley Cavell, Harold Pinter, Virginia Woolf, Martha Nussbaum and others, I find much might be gained from associating strategic inquiry with a form of unhomely or poetic spectating. It is by creating this sense of ‘being besides’ oneself that strategy can gain a distinctive role as an ethical and aesthetic rather than rational practice.

Speaker 2: Associate Professor Annika Skoglund, Uppsala University
Title: Videography of Alternative Entrepreneurship
Abstract:
What role can videography play if the wish is to understand new
organisational forms and alternative value creation? In this research presentation, which includes the screening of a part of a videography, we will follow the Hungarian company Prezi in their engagement in political change in Hungary. With videographic methods we have chosen to ethnographically explore Prezi¹s alternative form of entrepreneurship as an aesthetic attempt at affirming a sense of eventfulness. Fostering this aesthetic intimacy between the research participants and the researcher, however, is not just an aesthetic decision, but dependent on the chosen analytical approach in the editing, including ethical dilemmas and prevailing legal frameworks. Moreover, screening videographies is often done with the aim of sharing the experience of both research participants and the ethnographer in a more empirically grounded way. It is however debatable how this attention to filming, editing and screening invites the spectators to craft their own interpretations of the researched phenomenon, and how this perhaps leads to a more sensible position. 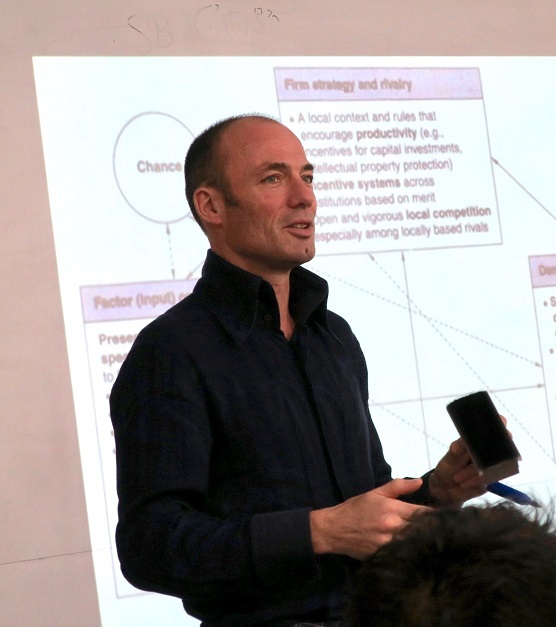 We had stimulating discussions with the first speaker, Professor Robin Holt. He presented the book he had just published, “Judgment and Strategy,” Oxford University Press. Through reviewing a vast literature on strategy, Prof Holt defines strategy as “self presentation to itself and others.” He walked us through the three groups of strategy literature. The first focuses on knowledge and instrumentality, including outward looking competitive analysis (Porter) and inward looking resource based view (Barney). The problem with this view is that things do not work as planned and the model necessarily contains the residual variable. The second group emphasizes “visions” as advanced by Mintzberg. Yet, this view looses the critical and cynical stance towards its own strategy and leaves critical questions unexamined as to why we need growth and why we need to be the number one, for instance. The third group is characterized as “will,” ranging from military type strategy of acquiring as many weapons as possible and the recent notion of agility, which sort of gives up strategy. This last group seems to give up too much and looses the critical thinking. Prof Holt proposes the concept of “judgment” covering the broad literature including Immanuel Kant to emphasize the nuanced stance of direct involvement in the situation but critical stance toward the situation. This discussion helps start thinking of strategy in new ways and overcome the above problems. 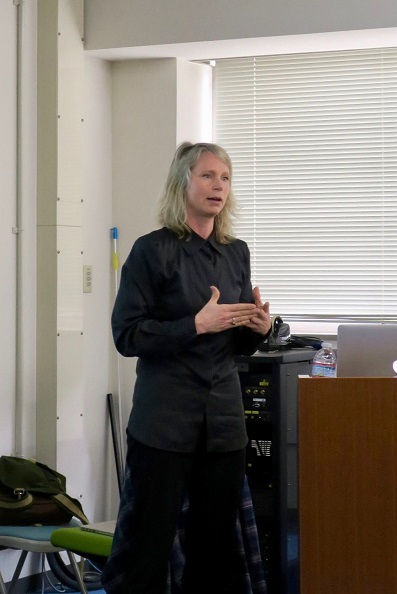 The first seminar was instrumental in thinking about how to go about designing social activities in a critical manner. The second pushed us to think of both alternative mode of design and research methodology for studying it.